Video tutorial about how easily you can create a mini map in Unity using NoesisGUI:

Sources of the final Unity project can be found here: MiniMap.zip
Top

Wow, that's pretty much exactly what I wanted to see ... already read the documentation and understood the process, just wanted to watch someone do it the way it's intended to be done. That just made my night! I'm looking to take this through some maneuvers in Unity, then Unreal next ... and eventually I wanna support it in my own in-house engine's DirectX12 renderer ... I'm still finishing up my C#/.NET 7 interop projections libraries for DirectX 11/12 APIs, but once that's out the way I can move on to stuff like this. So, it looks like we're going for our first Noesis test-drive tonight, inside Unity! :D

Only real disappointment/problem I've run into thus far is that there's no NoesisGUI VSIX packages at all for Visual Studio 2022! I had to dredge up ol' 2019, and thank goodness I've kept it around for just such issues, but that was the only way I could grab the VS templates for NoesisGUI (the Unity one appears to be the only one, by the way). At first, judging by the Windows Store demo (the "NoesisGUI Controls Gallery") looked, I was under the impression I could target a plain desktop app like Win32, UWP, WinRT, maybe even WinUI 3, WPF or Winforms. I don't see any project templates like that though, maybe I need to look thru Github samples and see what's in there.

I saw a "Managed" repo on your Github profile, and I'm guessing that's a wrapper library for the native DLLs, yeah? Is the C# wrapper lib a fully open source thing? Or is that only a small part of a larger amount of projects and code involved? If you could give me a little explanation of what binaries are actually built and published and how they are connected (e.g., native DLLs, the .NET wrappers/other assemblies available and how the Unity package interacts with the native libraries) that would be great guidance for my git snooping. And are the .NET assemblies up to a recent version of Core (i.e., 5, 6 or 7?) or built for an older target runtime? Unless there's anything strictly prohibiting me from doing so, and the .NET libraries are fully open source, I can probably help make some Core 6 and 7 builds ... everything I've ported from older runtimes thus far as had little or no issues when rebuilding for Core, only thing I've had to worry about is what other assemblies it interacts with that I don't have the source for and whether those are compatible with Core versions. Any hints you can give would be great, but I'll dive in there and start checking it out asap either way to figure out what I'm working with here ... 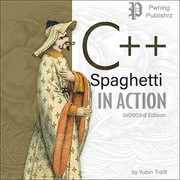 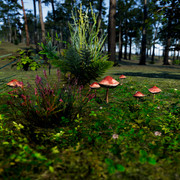